There are four caribou herds around the mountain town of Grande Cache, and all are in trouble. This is the traditional territory of the Aseniwuche Winewak Nation of Canada, and in 2012, the Nation decided to help. Now, coming up on a decade of on-the-ground work to preserve these herds, the program can take great pride in its remarkable success and look forward to big things on the horizon.

The project got off the ground when the AWN’s Rachelle McDonald approached fRI Research and our association, the Foothills Landscape Management Forum. Together, we were able to successfully procure a grant from Environment Canada for a 12-week pilot project. The partners liked the results, so the AWN and FLMF continued to apply for funding to keep the initiative going. 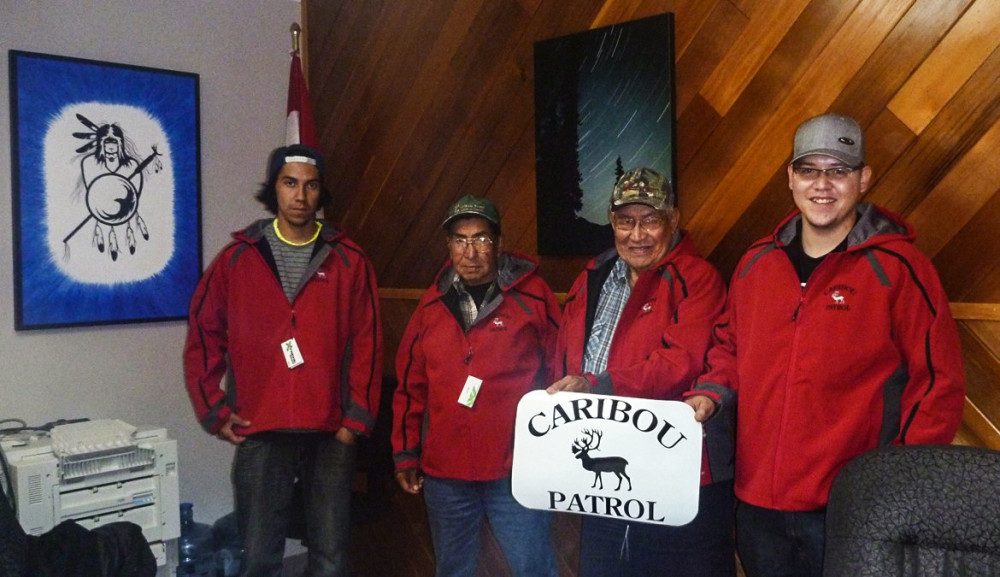 Caption:
The field crews for the first Patrol season. Elders paired with a young adult to pass on traditional knowledge during the patrols.
Image Credit:
Caribou Patrol

The first years taught the Caribou Patrol a lot. By the end of the first year, they felt confident ruling out poaching as a major concern and focused on vehicle collisions. By the end of the second year, they had recognized the value of two-way public engagement so that they could gather info on the herds’ movements and to educate Albertans on the situation. As they grew more experienced, they found that they didn’t need focus on patrolling smaller roads with slower, infrequent traffic and they could focus all their efforts on Highway 40.

This is a major industrial corridor running straight through the A la Peche herd’s range, splitting their winter boreal forest habitat on the east from their summer alpine refuges on the west. Twice a year, the herd must make the perilous crossing. In a bad year, a dozen or more caribou might not make it, far more than the dwindling population could afford. 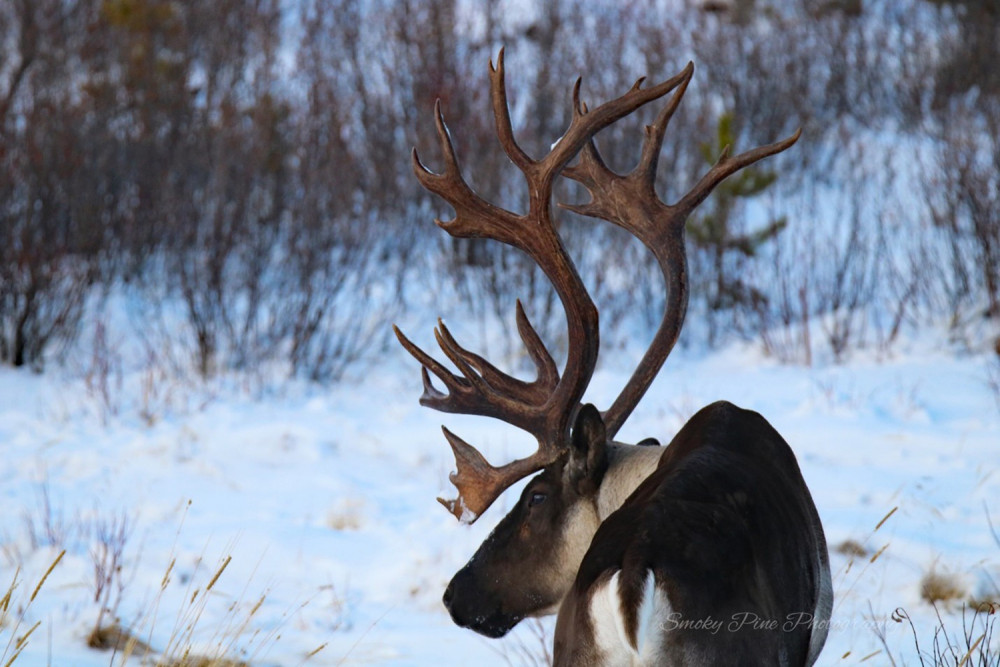 To prevent this, the Caribou Patrol have found an effective two-pronged approach. During the spring and fall migrations, they drive up and down Highway 40 to take the role of crossing guard for caribou. When animals caribou are spotted near the road, the crew either stop traffic and use stockmanship techniques to get the animals across or, if it’s in a particularly dangerous place, divert the caribou away from the road so they will cross somewhere safer. Over the years, the Patrol have taken actions involving 94 individual caribou per year.

The Patrol also collects animal sighting data to keep tabs on all wildlife using the corridor and inform the times and locations of future patrols. They generally spot over 100 caribou per year in this way, and invite sighting reports from the public via a website, facebook page, and an anonymous tip line (1-877-CPHWY40). Another activity is replacing road signs alerting drivers of when migrations are in effect and putting up informational billboards to educate visitors to the area. Since the Aseniwuche Winewak Nation began patrolling, most years don’t see a single fatality, and no caribou has ever been struck when the patrol is in action. 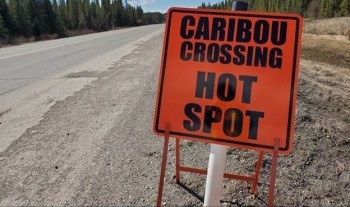 The Caribou Patrol also works hard to educate others about caribou in Alberta. In 2013 they had already produced their first Edukit, a package of digestible information on topics such as how to tell caribou apart from deer, where the herds live, what they eat, and so on. Over the years, the team have updated and improved this information and come out with versions specific to industry working in the area, the general public, and school-aged kids. These Edukits are widely used by teachers and the public version is available in French and English.

Another outreach activity is participating in festivals, usually in partnership with Parks Canada. At Jasper in January, National Indigenous People’s Day, the Edmonton Deep Freeze and Flying Canoe Festival, the Patrol is able to have face-to-face conversations about caribou conservation with hundreds of interested people. To facilitate this, an FLMF partner, Imperial, generously donated funds to create Atih, a startlingly realistic (but entirely synthetic) life sized caribou.

While these in person events, plus visits to classrooms and live presentations, haven’t been possible during the pandemic, the program is ready to resume when safe to do so, and in the meantime has been busily creating more online presentation materials to take advantage of this newly popular means of connecting and learning. 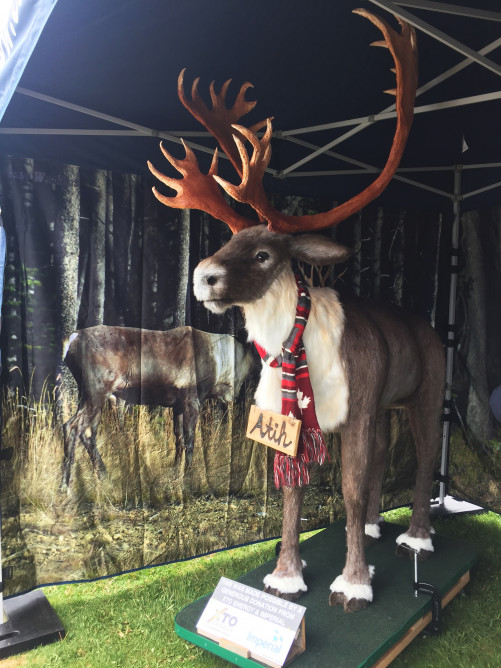 All of these efforts have paid off. Awareness among Albertans of the plight of caribou has never been higher, and vehicle fatalities are at their lowest. This outstanding record should give all Albertans hope that these herds can survive and recover.